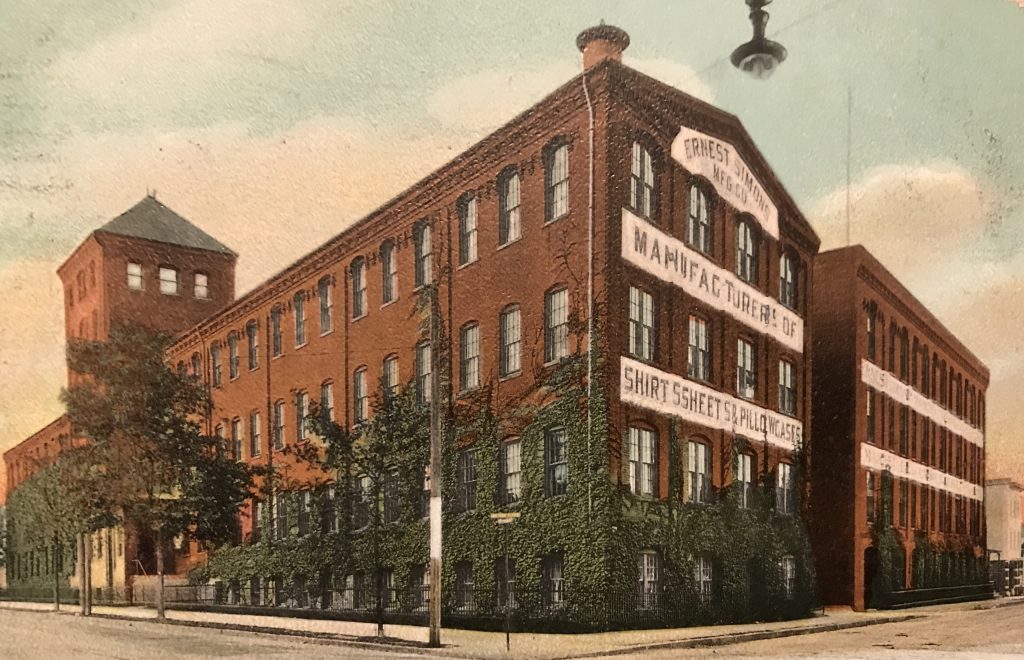 We are also licensed by the New York State Insurance Department through the Department of Financial Services (DFS). Call, text or email today to discover how a licensed UAV Pilot can help your business or situation. call or text owner/pilot Harry Otto at (914)441-2444.

Our front cover photo of the Tappan Zee Bridge is currently on display in 2 seperate venues and, while the new bridge naming is still in the middle of controversy (read this awesome book!), it’s shear presence and magnitude is breathtaking. 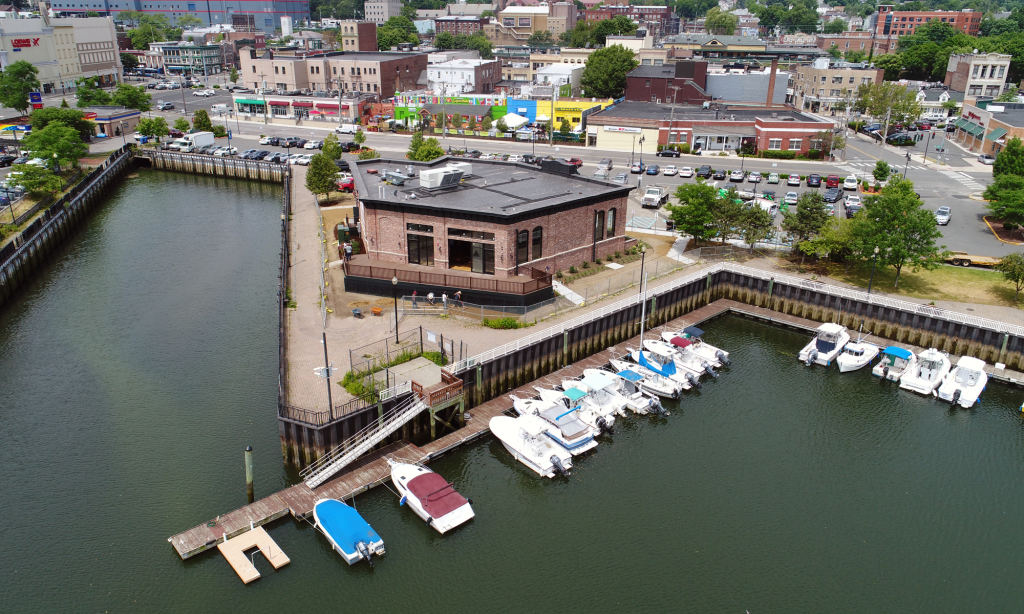 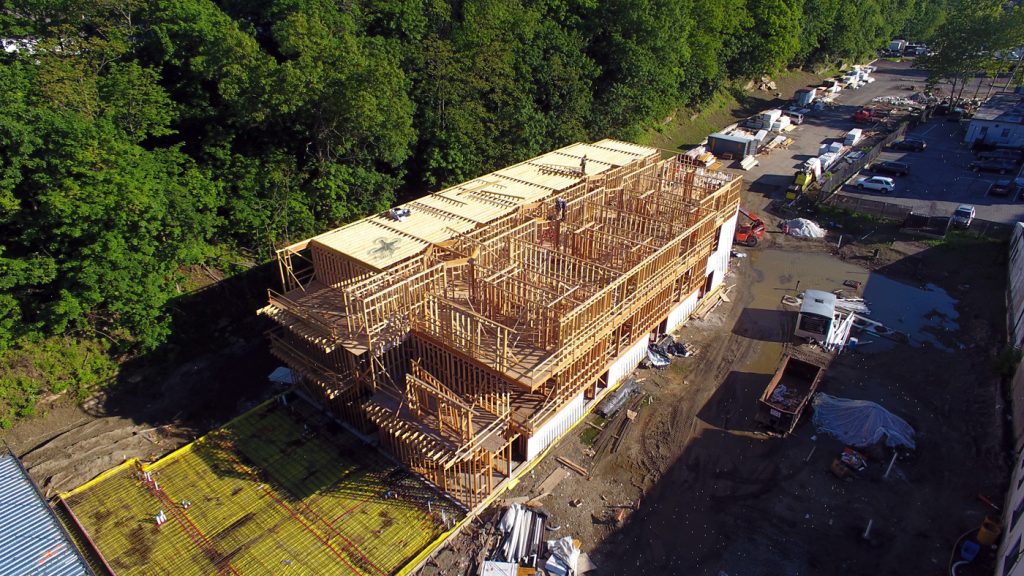 The Marriott Construction Project – a full documentary photo and video project. This $18 million Marriott SpringHill Suites hotel is underway in the village of Tuckahoe at 109 Marbledale Road. The site was a marble quarry until 1958, a municipal dumping ground for more than 20 years and most recently an auto repair lot.

Interested in doing what we do? Shop the awesome line of DJI UAV products here! Or, wanna see what SkyPhotto can do for you? Send us a no-obligation inquiry and let’s talk.  Click here to talk with us.

Interested in visiting our photo studio in Port Chester? Our headshot and portrait division is here: westchesterheadshot.com

And YES! We sell DJI Products. We are the top seller of DJI Tello Mini Drones in Westchester County. Skyphotto is your one stop shop for kids drones as well as professional rentals and photography.

Ever wonder how we get “close for comfort” with some aerial shots? When we shoot near people we never send the Phantoms up without a parachute. Now we have them available for the hobbyist “just to make sure”. 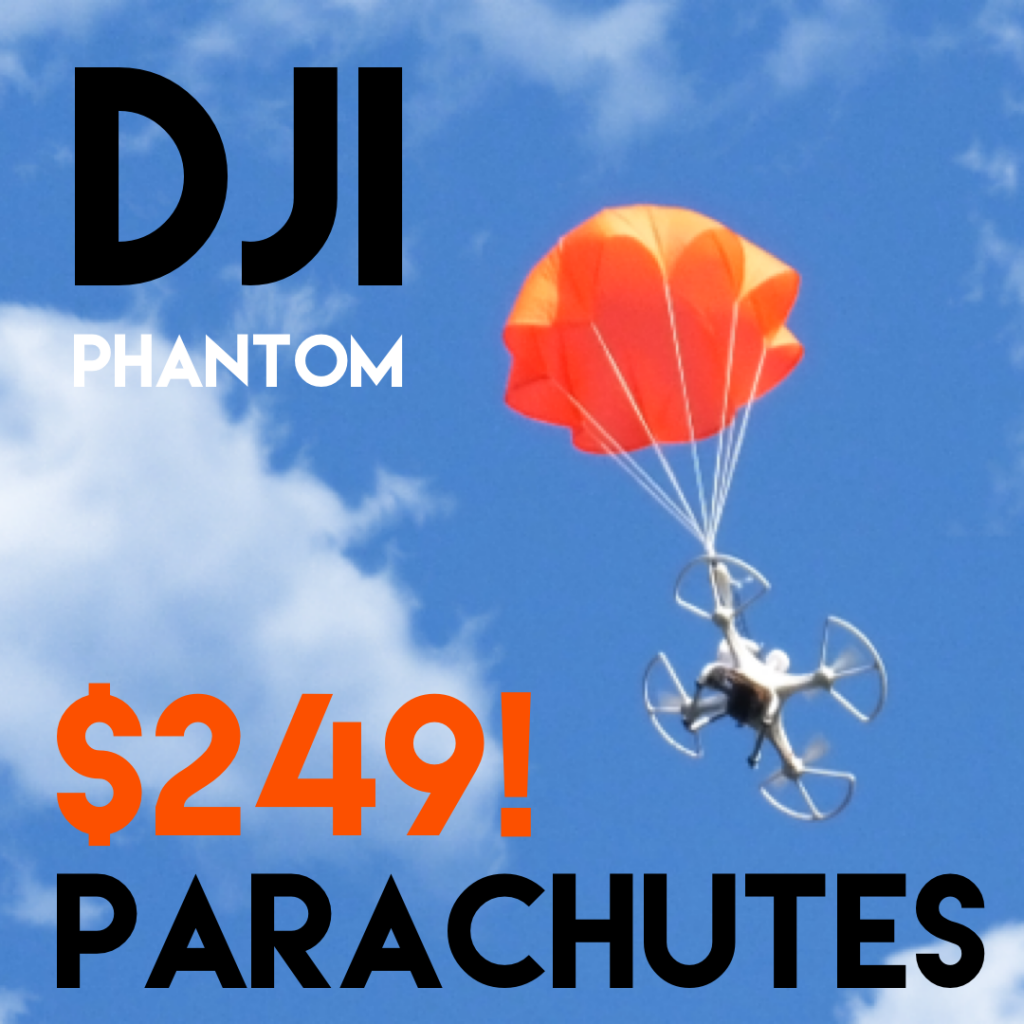 Find them on eBay and fly safe as early as tonight!

The Crystal Towers of White Plains – go there

SkyPhotto uses most of the DJI series of UAV and stabilizer products because DJI is one of the leading drone manufacturers with a variety of different models on the market.

These machines vary greatly in their design and functionality, which is why we have undertaken a comprehensive comparison to help you choose among them.

While the DJI UAV series come in a variety of sizes and shapes, both the Mavic Pro and Spark can fit into your pocket or literally a pocketbook. This makes them the most portable drones. Now the Phantom 3 and Phantom 4 ranges are significantly bigger and will require a backpack to transport, while the Inspire range is even bigger still.

Check out the weight of each drone below.

* New Addition – The DJI Tello 80g (see some footage here) or score an Amazon deal for a new Tello now!

DJI now offers some of the most advanced aerial imaging platforms and having a powerful camera is important for capturing the best aerial photography. The more megapixels a camera has, the more sharp and crisp its photos are. Now, for video, the frame rate is important as well as the video definition. Technically all drones shoot in HD but the higher the video resolution the better. These are shown below from lowest to highest:

Now check out the table below to see the differences in each drones’ camera.

The overall best camera belongs to the Inspire 2. It is 20 megapixels, films 4K at 60fps, and can even film in 5.2K. Close behind are the Phantom 4 Advanced and Phantom 4 Pro.

Everyone wants to know how powerful their drone is and we have displayed the important info below. Just remember these are all maximum values. Strong winds, signal interference, and other factors could decrease them.

The Inspire 2 leaves the other drones in the dust with its 58mph top speed. Runners-up include the Inspire 1 and Phantom 4 range. The Inspire 2 also has an excellent range and one of the higher flight times.

The winners of flight time are the Phantom 4 Advanced and Phantom 4 Pro. They also have an excellent range of 4.3 miles.

Some let downs to note include the Inspire 1 Pro and Spark’s disappointingly short flight times. The Phantom 3 Standard and Phantom 3 4K also have very short controller ranges, of under a mile.

All drones, except the Phantom 3 Standard, have both GPS and GLONASS positioning systems. This allows them to connect to Russian and American satellites, making for greater location accuracy and coverage.

Also, all drones, expect the Phantom 3 Standard again, have downwards facing vision positioning modules. When low to the ground, or in an area without GPS/GLONASS, they can still accurately determine their position, resulting in minimal hover displacement.

Rough wind conditions can wreak havoc with your drone’s flight. Luckily, DJI drones can still fly safety on windy days. The table below shows the maximum recommended winds each drone can fly in, however, it is possible to fly in much heavier. Just remember, doing so increases the chances of a crash, and decreases speed and flight time.

No major difference overall, however, the Spark’s smaller size means it gets buffeted a bit more by the wind.

The Phantom 3 range misses out on dedicated obstacle avoidance systems. Meanwhile, the other drones have systems that can detect obstacles ahead and below, to automatically prevent a collision. The Inspire 2 can also detect obstacles above it. However, the clear winner is the Phantom 4 Pro. It has sensors on its sides and rear, giving 360 degrees of protection.

The Phantom 3 and Phantom 4 ranges have very similar controllers. There are two control sticks, an array of flight and camera control buttons, and a mount for attaching a smartphone or tablet. Overall the controller is easy to use. Just remember the Phantom 3 Standard’s controller only has a mount big enough to fit a smartphone.

The Mavic Pro has a smaller, more ergonomic controller. It is also very portable (just like the drone itself). There are two control sticks, an array of buttons, and a built-in flight screen. A tablet or smartphone can also be attached. While it is quite a subjective decision, we reckon the Mavic Pro has the best controller.

The Inspire range has a similar controller design to the Phantom range. You will be getting a similarly shaped device with the same twin control sticks and button arrangement. Not to forget the mount for a phone or tablet.

Now the Spark can actually be flown without a controller, just by using hand gestures or the DJI app. However, you will still want to get a controller because otherwise the drone’s range is limited to 100m and it can’t hit its top speed. Once you do, you will be getting a compact device with two control sticks, dedicated mode, flight, and camera buttons, as well as a mount for your device.

Each drone has a variety of intelligent flight modes, and we could write another entire article talking about them. However, we will cover some of the main ones.

Most modes require the DJI App to function. So it’s recommended that you download it onto your phone or tablet, and then mount the device to your controller.